Leanne Rubenstein brings over 20 years of non-profit experience to Compassionate Atlanta. She has an extensive background working in a leadership capacity with non-profit organizations and serves on several non-profit boards. Leanne’s passion for social justice has led her to take her degree in Special Education and her Master’s level training in counseling to a wider audience through program leadership, fundraising and development. As a passionate storyteller, Leanne has transformed her program development and leadership skills into helping the wider community understand the impact of their voices and their philanthropy in order to make a positive impact in their communities and worldwide. Contact Leanne at Leanne@CompassionateAtl.org. 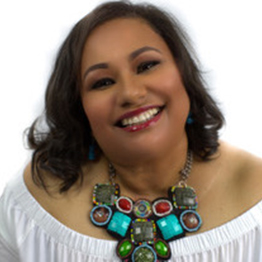 Iyabo Onipede brings many facets to her community organizing and leadership training work. She focuses on cultural development and mission-minded leaders. Iyabo guides leaders and organizations as they create values-based identities and cultures that reflect inclusion, equity and justice. A self-described “recovering attorney,” she attended Candler School of Theology after a 20-year legal career. Iyabo co-leads Compassionate Atlanta to sow and cultivate seeds of compassion throughout the Greater Atlanta area. Contact Iyabo at Iyabo@CompassionateAtl.org.

As a native Ethiopian who moved to the US at the age of 9, Gunawork is a natural cross-cultural ambassador. She is an active community member of Clarkston, Georgia. She attended Georgia State University and received a bachelor’s degree in Business Administration. Contact Gunawork at Info@CompassionateAtl.org. 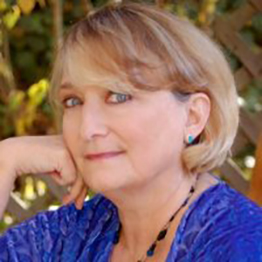 Candace is the owner and operator of Phoenix and Dragon Bookstore in Sandy Springs, Georgia. Candace does countless amounts of volunteer work in the community and is involved with multiple community organizations. Candace is also a member of Compassionate Sandy Springs.

The Rev. Dr. William Edward Flippin, Jr., is senior pastor of Emmanuel Lutheran Church in Atlanta. He is the first African-American pastor of Emmanuel Lutheran Church, a multicultural congregation. He was born in Nashville, TN, and his formative years and training were developed and nurtured in Atlanta. He is a 1998 graduate of Morehouse College where he majored in History and minored in Religion. He furthered his education at Emory University, Candler School of Theology receiving the Master of Theology (Th.M.) degree in 2003 and an additional Th.M. in 2005 from the Lutheran School of Theology at Chicago. He received his Doctor of Ministry (D.Min.) in Transformational Leadership from Ashland Theological Seminary, Ashland OH. His dissertation project developed a new ecclesiological model for Lutherans and Baptists based on John, Chapter 3 and Spirit Baptism. He’s married and has one daughter. Bill’s mantra is found in Matthew 20:26 “the greatest among you shall be your servant”. He is committed to serving this present age and being a true shepherd-servant leader.

Sue Gilman is an Atlanta native and has been involved with Compassionate Atlanta since its first meeting. She has been practicing and studying Buddhism since the 1980s and teaching meditation for more than 15 years. Sue was recently appointed a Shastri (mentor of teachers) for the Shambhala Meditation Center of Atlanta. She has been involved in non-profit leadership for many years, most recently as the Executive Director of The Wren’s Nest Museum in Atlanta. Sue was the first Director of Sky Lake Lodge in the Hudson Valley in New York, and the Director of Development at Karme Choling in Vermont, both contemplative practice and retreat centers. She is a passionate environmental advocate and has developed a program of conversations on race both at the Atlanta Shambhala Center and in the broader Atlanta community.

Susan is a nurse, cancer survivor, health and wellness advocate, and owner of MOON Organics, a holistic skincare company. Susan was a member of the core group that founded Compassionate Atlanta and is very devoted to making a positive difference in her beautiful city. She is the author of 100 Perks of Having Cancer plus 100 Health Tips for Surviving It and has hosted several holistic health and wellness retreats and conferences. Susan believes in the strength of a healthy community. She is certified in plant-based nutrition, a certified clinical aromatherapist and certified cancer coach.

Rob Johnson is a former senior leader of the Atlanta Community Food Bank. He retired in 2016 after 29 years – serving first as the founding Project Director of Atlanta’s Table and leading the creation of a national network of prepared and perishable food rescue program – FoodChain. He then was Chief Operating Officer and finally Vice-President of Community Services. He now has a part-time “encore career” consulting practice providing “compassionate capacity building to individuals, organizations and communities that are committed to collaborative ways of making the world a better place.” He serves on 3 greater Atlanta non-profit boards even as he and his wife Carolyn moved this year to Santa Fe, NM to support their beloved daughter Leah, son-in-law and young grandson. Rob came to Atlanta in 1978 after completing is Master’s Degree in Social Psychology from the University of Georgia. With the United Methodist Church-related Wesley Community Centers he developed meals-on-wheels programs in 4 metro-Atlanta counties and then was a founding partner/resident with the Open Door Community, a Presbyterian “Catholic Worker” style non-profit serving the homeless.

Rena has been involved with Compassionate Atlanta since its initial meeting in the Fall of 2013. Rena is the Former Financial Aid Director at the Art Institute of Atlanta, a member of Covenant Presbyterian Church, a board member and treasurer of Faith Alliance of Metro Atlanta, a board member of Buckhead Christian Ministry, a volunteer account manager at American Association of Adapted Sports Programs, a member of the Women’s Federation for World Peace, a member of the American Clergy Leadership Conference, and a proud mother and grandmother.

Will grew up in Chattooga County, Georgia. Will attended Berry College followed by the University of Georgia in Athens and received an Bachelor of Science in Psychology in 1998. Will then worked as a counselor and teacher, including a stint in Japan as an English instructor in a public high school in Sakaiminato-shi, Tottori-ken. Will received his J.D. from Tulane University Law School in 2009. As an attorney, Will’s focus is on the representation of lenders and creditors. Will joined his current firm, McCalla Raymer Liebert Pierce, LLC in 2013 as a senior associate in Atlanta, and was appointed managing partner of Georgia Litigation in 2018. Will’s volunteer work has included international and community development, work with immigrant communities (Catholic Social Services), work in post-Katrina New Orleans related to construction scams and predatory development (Common Ground), family violence (Project Safe), LGBTQ activism and cultural outreach (MONDOHOMO), and legal work on behalf of children in the foster system. Will has lived, traveled, or worked in more than 30 countries. Will enjoys art, literature, food, and spending time with his boyfriend, David.

After serving American Baptist Churches in Kansas, OH, and—for 30 years—as Senior Minister of the Lake Street Church in Evanston, IL, Bob retired in November of 2010. Moving to Atlanta in 2011, he engaged the Atlanta interfaith community and helped to organize the Compassionate Atlanta Leadership Team in 2013. He is Minister Emeritus of the Lake Street Church and Chair Emeritus of the Parliament of the World’s Religions.

Gareth is a radio show host, a blogger, and a regular speaker and leader on topics of authenticity, intimacy and curiosity—central to a New Business Mindset. As an independent businessman, he has been able to develop a very successful livelihood and at the same time cultivate his spiritual path. Gareth is very active in interfaith work. A couple of years after being ordained a Zen Buddhist priest, Gareth left formal Zen practice to co-found Red Clay Sangha, an Atlanta Buddhist community. He has served as president of the Faith Alliance of Metro Atlanta and is a regular observer of Ramadan, the Jewish High Holidays, and other faith and interfaith events. He is engaged with a number of other interfaith and social justice organizations, serving on boards and participating in grass roots activism. He has written a number of books, including two novels, and contributed to several others. Gareth is a father of two almost-adult children.